In addition to entertainment, Celebrity Gems arranges wait staff at private parties in the San Francisco Bay Area. Our staff is highly trained and motivated to make your party fun and successful. Relax and enjoy your event, and let us handle the details. Order gourmet fancy appetizers, entrees, salads and decadent desserts through Celebrity Gems. 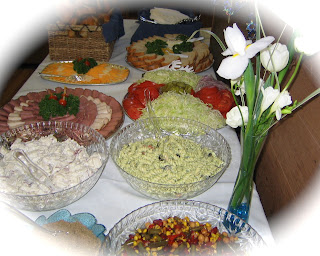 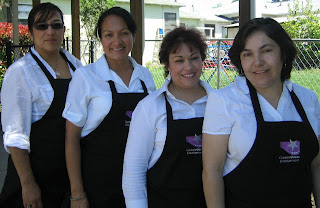 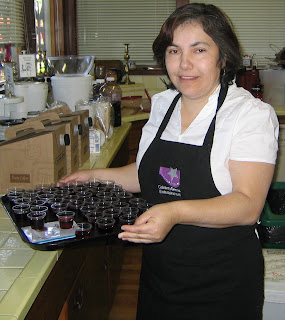 Our Michael Jackson impersonator thrilled his audience at a birthday party in San Francisco. He was the sensation, dancing and singing to Michael's solid gold hits and posing for pictures. The birthday boy, age four, idolizes Michael, and was totally surprised when this "pop superstar" made his appearance at the San Francisco Tennis Club.

We book Michael Jackson as a solo act or with his band; and, we arrange 80's dancers to open his show.

We welcome testimonial letters-here's the feedback from the boy's mom:


"Thanks so much for the birthday wishes!  It was such a wonderful time for all of us!  Your Michael Jackson was SUPERB and he had such a smooth and gentle way with the kids!  The top of the icing is that he involved James in each of his songs AND James kept dancing with his encouragement!  We were very impressed by MJ's talent as an entertainer.  He is simply the best!!!" 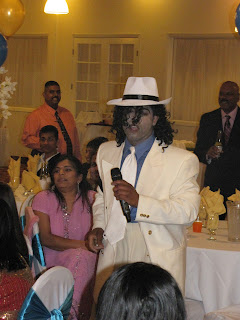 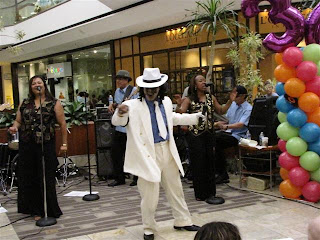 Top sales people for a nationwide skin care company were given the royal treatment during their one week convention in San Francisco. The four piece San Francisco Marching Band led over 150 delegates from the Grand Hyatt Hotel, San Francisco to their Bush Street headquarters. This band "Wowed their audience" with classic San Francisco songs including "I left my Heart in San Francisco," songs from the Pink Panther, United States Army and Air Force marching songs, and "Georgia on my Mind." 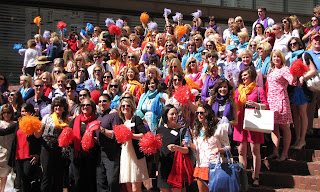 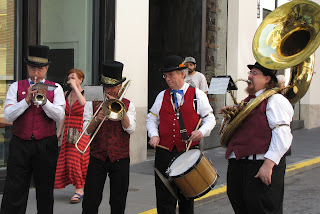 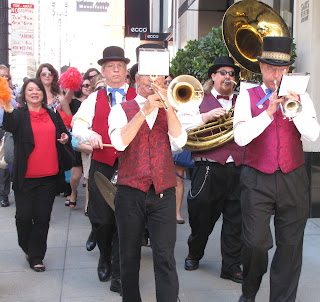 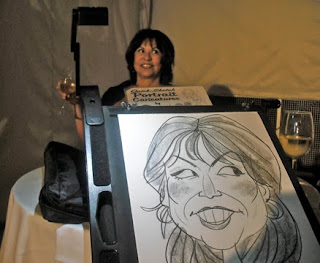 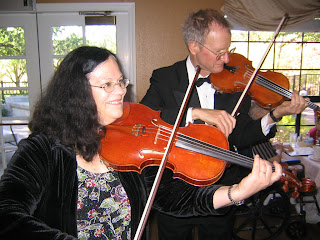 Strolling Violins, a caricaturist, a face painter, and a balloon artist showcased the grand opening of Chantera at Silvercreek, San Jose. The violinists added that classy ambiance, greeting and performing for homebuyers at four model homes.
The caricaturist left a lasting memory, pre printing each sheet of paper with the developer's logo. The balloon artist and the face painter entertained the children while their parents toured the homes.
Stacy, from public relations and marketing, shared this upbeat feedback- "They were all spectacular!!!!! Everyone did a great job and everyone had a great time. Thank you again for a wonderful job."
Celebrity Gems arranges strolling violins, caricaturists, balloon artists, face painters in San Jose, San Mateo, Oakland, Walnut Creek, Pleasanton, Napa, Fremont, and San Francisco.
Posted by Celebrity Gems at 1:10 PM No comments: 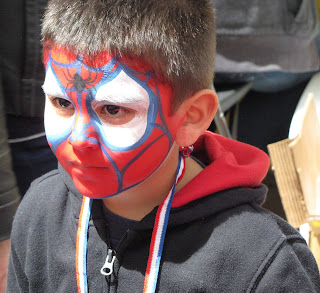 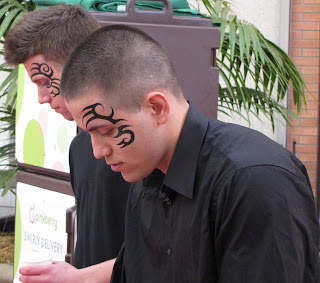 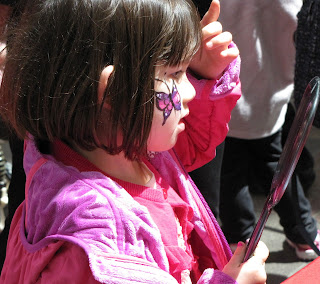 Latin Band rocks at San Francisco Back to School event 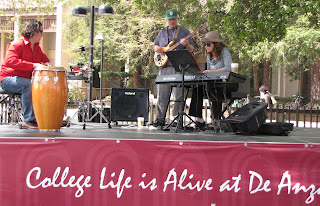 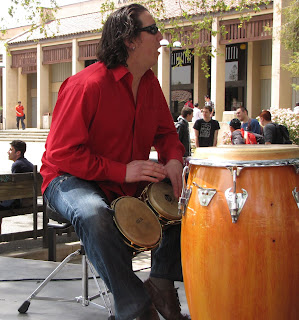 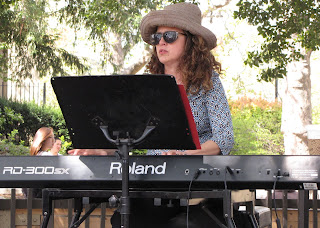 Back to School was more exciting for De Anza College (Cupetino) students with our Latin ensemble. De Anza College, near San Francisco was the perfect setting for Latin jazz, Salsa, Merengue, and Cha Cha. Nina, on keyboards, had a full repertoire of Jazz and Pop favorites; Patricio was a dynamo on the Bongos and Conga.
Celebrity Gems arranges Latin bands, Latin music, in San Francisco, Cupertino, San Mateo, Fremont, Oakland, Walnut Creek, San Ramon, Napa, and Milpitas.
Posted by Celebrity Gems at 7:32 PM No comments: 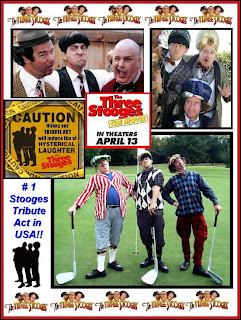 What are you waiting for, Knucklehead? "The Three Stooges" movie premiers in San Francisco in April 2012. Our hilarious Three Stooges act features the zany antics of Moe, Larry, and Curly.
This slapstick team is ideal for award programs, Oscar nights, and "meet and greet." Plus, imagine the great photo ops with the Three Stooges on the Red Carpet.
Celebrity Gems arranges Three Stooges impersonators, celebrity impersonators, singing telegrams for San Francisco, Oakland, Walnut Creek, San Mateo, Hillsborough, Sacramento.
Posted by Celebrity Gems at 4:39 PM No comments: