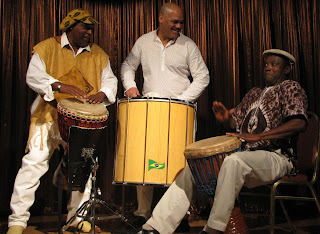 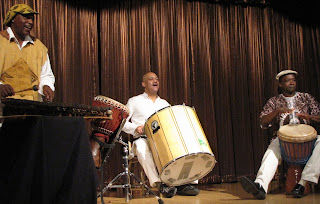 Samba and African music set a lively tone for a student literacy fundraiser at the Claremont Resort Hotel, Berkeley. Partygoers dressed in semi-formal attire strolled the tables bidding on items which included a Mexican resort vacation, a week in Nantucket, and fine wine. The trio of Samba musicians later led the partygoers in a Samba Conga line for their formal dinner. 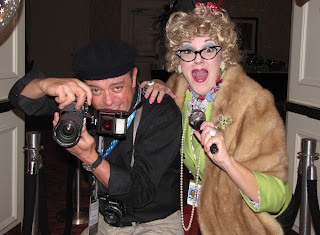 "A Night for the Stars" is the most popular theme for service awards and Bar and Bat Mitzvahs. Here are Paparazzi on the Red Carpet interviewing partygoers from a financial services company about their Oscar nominated pictures. They took mock pictures and pleaded for autographs at the Pleasanton Marriott Hotel, Pleasanton. The Paparazzi made them the stars with cameos on the TMZ Network and Entertainment Tonight.

We received this feedback from the Event Planner:

"Thank you so much for the wonderful job you and your team did..  We have gotten some really great feedback…I'll be back in touch for year 2014."
Celebrity Gems arranges Paparazzi and Celebrity Impersonators in Pleasanton, San Ramon, Danville, San Francisco, San Jose, Sacramento, San Mateo, Walnut Creek, and Modesto.
Posted by Celebrity Gems at 7:46 PM No comments: 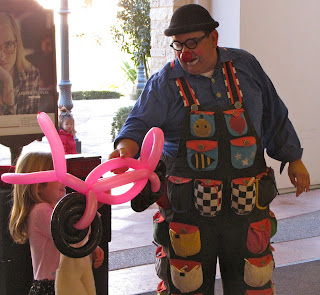 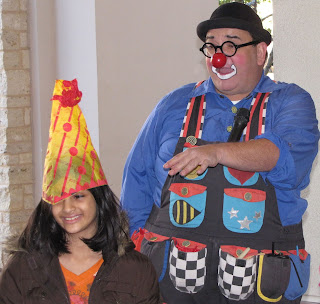 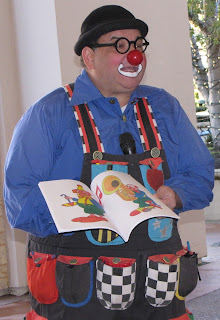 A magician and balloon artist charmed his young audience at Blackhawk Plaza, in Danville. He did not guarantee that the young girl would leave Blackhawk Plaza riding on her new bicycle, but his balloon sculptured bike will give her a nice souvenir.  Funny Bones the clown surprised one audience member by making a Pizza cone shaped hat that she'll wear throughout the Plaza.

His opening illusion showed a white page coloring book that magically changed to rainbow colors when his audience, ages one to age six, said that magical word.

The organizer was delighted:


"Thank you so much.  That was a very good show he really had the crowd involved.  I enjoyed his performance also."
Celebrity Gems arranges magicians and balloon artists in Danville, San Ramon, Walnut Creek, Dublin, San Mateo, San Jose, San Francisco, Fremont, and Oakland.
Posted by Celebrity Gems at 8:02 PM No comments: 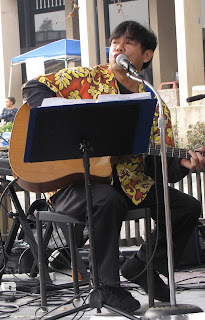 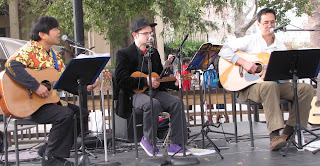 The weather was cloudy and overcast at DeAnza College, Cupertino. Our trio of Hawaiian musicians magically transformed the students and faculty to the Hawaiian islands, where there was the sun, blue sky, the ocean, and Hawaiian hospitality.  The leader of this trio, Sil, introduced some of the songs and explained their meaning.  Aloha and Mahalo. 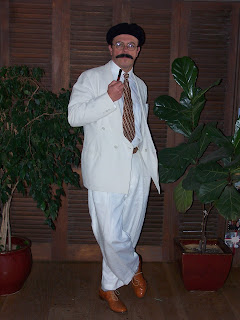 Ernest Hemingway spent 20 of his most productive years in Cuba, where he authored "The Old Man in the Sea."  Cuba was the theme for a New Years Eve bash at the Claremont Resort Hotel, Berkeley.

The Empire Ballroom transitioned to "The Havana Room" with Cuba and Bacardi Rum, sand, sea shells, oak barrels, and blue ocean murals. A photographer was on site, taking digital photos of the partygoers with the Ernest Hemingway impersonator drinking Bacardi Rum, with the lovely Cuban backdrop.

The Ernest Hemingway added to the ambiance. According to the event planner:

"Thank you he was great really into character the guests enjoyed him."