Puppets use Recycling Bins for Earth Day at Pleasanton Mall 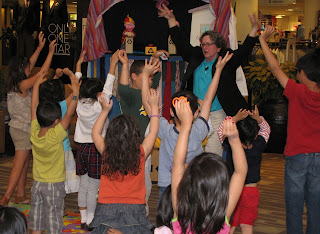 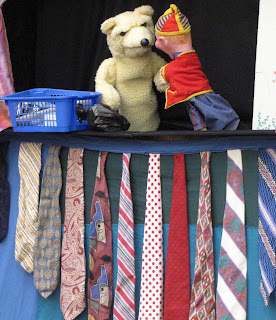 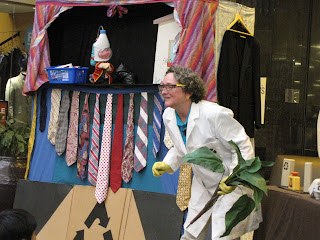 Members of the "Kidgets Club" learned about Earth Day and Recycling with puppets and a Recycling scientist at the Stoneridge Mall, Pleasanton. This interactive puppet show included song and dance and a recycling quiz. The scientist urged the kids to recycle plants in compost bins, and to recycle used clothing at the Goodwill store. The kids raised their arms like they were trees in a forest, with the scientist urging the kids to recycle paper in bins to preserve trees.

The scientist said that at any given hour, over 50,000 cans were recycled, yet that number represents only one in four cans that were recycled.

Raccoon Wrecks Havoc with Magician during his show in Danville, California 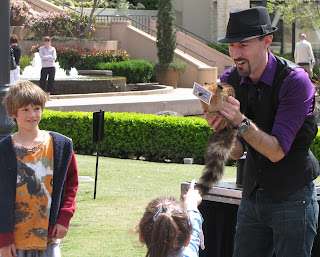 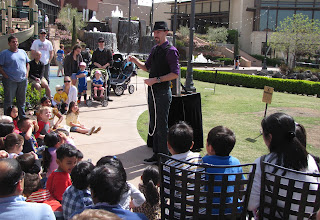 A raccoon in a garbage pail served as the Magician's assistant by miraculously picking the correct card chosen by an audience member. Although the magician placed the lid on the garbage pail, the raccoon cheated by hoisting a hidden periscope and peeking at the hidden card. 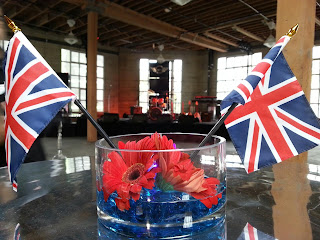 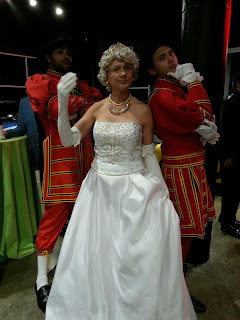 There was pomp and circumstance, and a whole lot of fun at the grand opening of BMW San Francisco.

Two Beefeater costumed characters were a "meet and greet" and mix and mingle.  The Queen of England did not just walk into the party; she was chauffeured in, in a luxurious Mini-Cooper.

Austin Powers was very British, waving to his admiring crowd and signing autographs while walking down the Red Carpet.

The San Francisco event planner for the BMW opening was delighted:

Austin was amazing!! So many compliments. Mini Cooper placed a bunch of photos on their Facebook page it you want to check them out.

The queen was a hit. We had so many guests snap photos and her entrance was so fun!

I can't tell you enough how wonderful it has been to work with you. I will be calling again!!

Posted by Celebrity Gems at 9:23 PM No comments: